So Space Orbs is finally out!

I figured it would take less than a month to finish after making a prototype in a week.

It took a bit more time..

It started the week between completing Space Moguls and the game being available to buy from Protovision!

The idea was just a silly name, I was chatting with Stein Pedersen, who created the music for Space Moguls with Ole-Marius Pettersen, and we came up with Space Muggles. The next day I had made a simple design that should have been finished in a month. 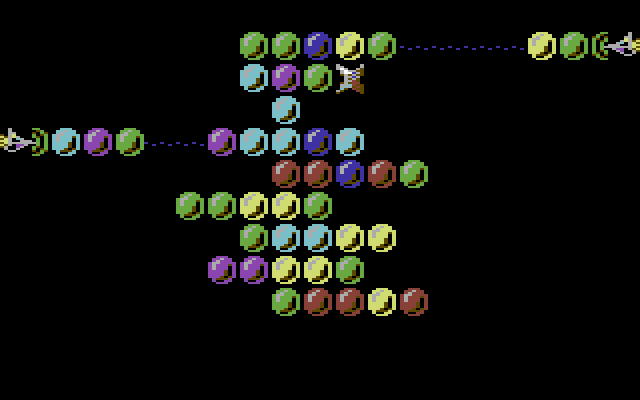 Pretty much the complete design of Space Muggles before starting to code it. The end result is pretty close :)

The problem for the game was pretty simple, it just wasn't that fun to match 3 with two players and no time pressure. But I didn't really have a reason to quit, so I kept going until I could share it with some friends. It didn't really  get a strong response so I just kept adding, fixing, adjusting. 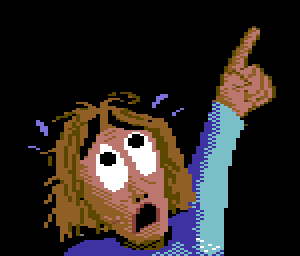 It was around this time I got started with Nono Pixie, which was the complete opposite. I guess I have a good understanding of how to have fun with Nonograms. After a bit over a month it was done and I could go back to Space Orbs.

With some stubborn pushing forward the game  the game was getting fairly playable just a couple of days ago, but with no real levels!

Averaging 16 levels per day might seem careless and insane, getting to this stage really made the game feel playable! I have a number of "nuisance blocks" that get in the way of the regular orb matching to dole out throughout the level progression. Each level has a theme and focused on introducing obstacles one at a time and making later levels more challenging.

There are some bugs hanging around, including some rare cases of game over when the game should be won but I wanted to focus on making the game more playable first..

And just barely in time for the RGCD 16kb cartridge game jam too :)

I'm pretty happy with the game as is right now. Took a while to get here, and I might switch over to work on something else for a while, but if there is any feedback either for the game as a whole or specific levels or features I can keep updating this as time allows.

Oh, and the lack of sounds or music - I haven't figured out what is should sound like. I'd really like 3 channel  music, but with a way to switch in higher intensity patterns when the orbs get closer to critical mass!  I have no idea if this is something you can do with current c64 trackers.

Please feel free to share your thoughts! This game was a crazy idea I had and I managed to make it happen. I think it needs something more but not sure what... I keep up with the socials or just post on itch.io, and check out @SpaceMoguls on Twitter for more frequent #c64 updates!

One or two player co-op match 3 game for the Commodore 64 in a style inspired by Magical Drop.