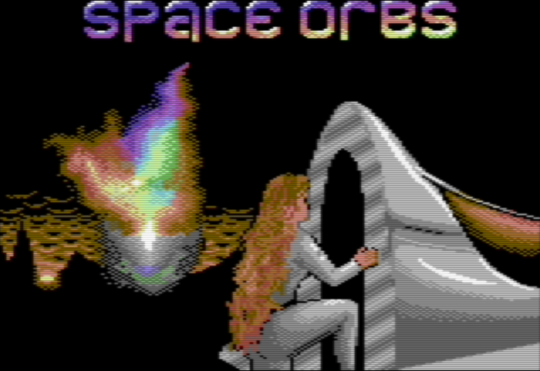 Interstellar aliens have arrived in the vicinity of Earth with ill intent.

Instead of ordinary weapons they deploy biological orbs that will cause devastation on Earth if they reach critical mass!

Take your time, plan ahead, this is a matching game where nothing happens until you make a move!

Bring a friend to tackle the infestation from the other end.

Two players work together to match 3 orbs of the same color. Game progresses after each player move, not by time.

Press fire on either joystick or C= on the keyboard to enter the main menu.

The following options are available:

The goal is to reduce the threat of critical mass from the buildup of alien space orbs.A level is complete when the side bars are at the bottom. If the side bars fill up the game is over.

Playing on a Windows PC

To make it easier to get started playing this game in an emulator you can just download SpaceOrbsVice.zip that contains VICE 3.4 GTK and already set up batch files to get you started!

To play on other versions of VICE C64 you can for instance download VICE 2.4 SDL from here:

VICE downloads for other platforms can be found through: http://vice-emu.sourceforge.net/

Just discovered this game today and really loved it! Even if it took me 5 minutes to understand how to play it.

Thanks for playing! It took me 6 months to figure it out so you're a quick learner ;)

You're welcome. I played 6 levels before losing and it is really really good.

I had the first version without the music, which was already good. Then I found out, that there is a new version -and it has music - and now it's one of my favorite games.

Thanks for playing! I've shared your comment with the composer as well :)

It was a tricky game to get playable but I am really happy with the co-op slow-stress puzzle result and hoping to make something like it in the future!

Awesome game! But is there a way to save the progress?

Thanks! Unfortunately there is no save as this game was created to run on a 16kb cartridge without a save feature and I didn't want to rely on a disk drive as well. But if you remember the last level you played you can at least start directly on that level the next time! I'll try to do more save support in future games :)

Oh, I didn't see that we could select the level on the title screen. Thanks.

Fun little game, I like it! Cool two player option too.

Looks good and reminds me a little bit of "Magical Drop" or "Money Puzzle Exchanger" with a turned sideways playing. I really like such kind of puzzle games, especially because it works for two players at the same time. This is always a feature, which i love in games, cause it simply brings the most fun. I see this, when some friends and i make retro-playing-parties. Consoles like the SNES or the NES have alot of these kind of puzzlers, on the C64 there are not so much. Therefore i am looking forward alot to "Puzzle Bobble" on the C64, which is in development and also to this game here.

Thanks! Magical Drop is probably my favorite match 3 game, and hoping I can add my own twist to these games. I'm really looking forward to Puzzle Bobble as well, it looks really promising. Now all I need to do is to finish this game before the jam is over :)

Yeah, i thought that you would like any of the games i mentioned.    :)   "Magical Drop" is really a fun game and "Money Puzzle Exchanger" and "Puzzle Bobble" too.

The only thing, which is a little bit sad in this new-coming "Puzzle Bobble" port is the fact, that it will have no CPU-opponents for the 2-player-mode. I mailed with the programmer about this, but he will not add this, cause he said, that the original arcade-version of "Puzzle Bobble" also don't has CPU-opponents. This is true, but all the successors in the "Puzzle Bobble" series then have CPU-opponents and playing against them in the 2-player-mode makes alot more fun, than solving alone the puzzles in my opinion. But okay, luckily at least a 2-player-simultan-mode for 2 human-players will be added to the new "Puzzle Bobble", cause this is a thing which i really miss in the C64-game "Monster Buster", which is very similar to "Puzzle Bobble". But sadly, often no second human player is available for playing, then CPU-opponents are superb to have in games. Preferably with adjustable difficulty-modes.

And now, to get back to your new game "Space Orbs"     :)    i wanted to ask you, if there is a chance, that such a CPU-opponent function will be included in your game? What do you think? Would be a big PLUS in my opinion, when you are alone at home and nevertheless you can still play the 2-player-mode in the game. If second player is human or CPU, who cares?     ;)

@Sparky-D - How would you coordinate with the CPU (like you could with a 2nd player)?

Yes, in a similar way. This would mean, the CPU-player then must know

- how to play the game (strategy/rules)

- when it makes sense, to shoot certain orbs to the human-player on the other side

- the position of the player-ship and when the time has come, to hand over some orbs, for solving a level

Not easy to realize in a good way, i guess. But would be cool anyway.

It's not often, that a buddy is available to play along, but the game makes alot more fun, when another player is involved. If that is a human or a cpu-controlled one, would be pretty much irrelevant, i could imagine, as long as this player makes senseful things in the game.

But here in "Space Orbs", the programming-challenge would be even bigger, because here a coordination between the CPU-player and the human-player would be necessary. They must work together to solve a level and i guess, this could be more difficult to realize.

But it would be really great, if something like this could be realized and i could imagine a nice gaming-experience here.

I agree this would be very cool. Without having played this game, I understand the following may not be suitable, but here goes anyway: There are ways to simplify the intended organic interaction.

For example, if the CPU is ready to "do" something to contribute to teamwork, perhaps it can surround the area it wants "help" with via a flashing outline around the related shapes.

Flashing could mean the CPU is ready, whereas a solid color could means something else... each allowing the player to "engage" if desired with the intentionality of the CPU. Conversely, the player could employ some technique to signal their desire for teamwork. 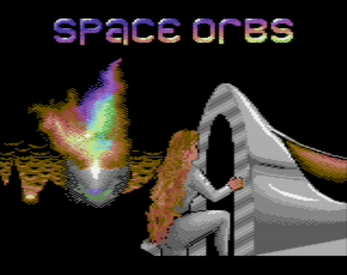